Pines brought cereal grass to the market in 1976. It is now found in many super food blends and is supplied by other growers besides Pines. The science behind the use of cereal grass is impressive.

The Father of Wheatgrass

Known as “the father of wheatgrass, Charles Schnabel discovered the nutritional density of wheatgrass and other cereal grasses. He devoted his life to the study of the young grasses of wheat, barley, oats and rye. He found they all reach high nutritional levels during a short window called “the jointing stage.” It lasts less than a week.

Schnabel’s first research on the grasses showed three times more eggs from chickens by adding a small amount of oat grass from plants dried at the jointing stage. Soon after that, Schnabel started Cerophyl Labs to further his research on grasses. By 1935, he had enough data to present a paper to the American Chemical Society. He showed how the protein content and all other factors reached a peak at the jointing stage.1

Soon, others became involved. Dozens of studies used Schnabel’s dried grasses and found them effective for health conditions. Another scientist, George Kohler, reviewed Schnabel’s data. He wanted to find the reasons for the growth and health effects Schnabel documented. He began by isolating juice components from whole leaf grass powders.2

Meanwhile, as a result of animal studies, Schnabel introduced a product for humans called “Cerophyl.”.  Cerophyl was the world’s first multi-vitamin. Twenty tablets or a rounded teaspoon of powder provided the MDR of all known vitamins. Schnabel praised cereal grass as human food. As a result, in 1939, the AMA declared cereal grass a human food when grown and dried using Schnabel’s standards.3  The next year, scientists showed that cereal grass was fully digestible by humans.4

The Science Behind the Grass Juice Factor 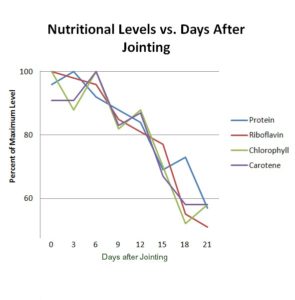 Schnabel tried other greens with guinea pigs and compared the results with those fed dried unjointed grasses. Even though both greens contained similar known vitamins, the difference in health was dramatic. Kohler and Schnabel began to call this phenomenon “the grass juice factor”.5

Schnabel’s Harvest was at the Jointing Stage

Quality cereal grass can be 25% or more protein.  It is also an concentrated source of beta-carotene7 & 8 and chlorophyll9 when harvested at the jointing stage. The fiber10 content of quality cereal grass equals that of other green vegetables. It is a gentle fiber. Together with the chlorophyll and other green nutrients, our whole food greens provide a perfect prebiotic media. That means, they enhance the growth of probiotic bacteria.

Without the fiber, green veggies are not prebiotic.  If the fiber is not removed, veggies are prebiotic. The fiber provides the media for the growth of probiotic bacteria necessary for a healthy colon. Further, recent science research published in November, 2016, gave new meaning to the need for prebiotic foods rather than juices.  That is because juices and juice powders with the fiber removed may cause damage to the gut wall, pathogen susceptibility and improper digestion.11

Other Problems with Juice Powders 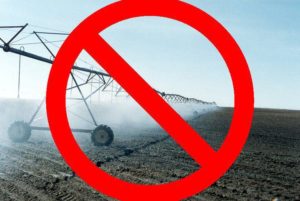 We grow all Pines whole food greens regions with glacial soils and plenty of rainfall.  Thus, we never need to irrigate any of our fields.  Pines stands for sustainable values. We strongly oppose the destruction of the Ogallala Aquifer in the dry region of our state. In that region, farmers have poisoned and nearly drained this once-pristine fresh water resource. That water took tens of thousands of years to accumulate. Careless farmers have almost drained it in 70 years. Worse, they drained it growing poison-based feed for confined animals and GMO corn for ethanol. That waste and abuse is an outrage.

More than 40 Years of Organic Leadership

Pines grows only certified organic whole food greens, all with the  fiber intact! Pines was one of the leaders in establishing the Organic Foods Production Act of 1990. We began to lobby for afer our founding in 1976. We helped write one of the model organic standards for the Act. Pines has never used chemicals on any of our fields.

Pines opposes “dual farming” where farmers grow both organic and poison-based crops. Such farming is contrary to our values. For more than 40 years, we have sought to expand organic farming. In doing that, we gladly sincere poison-based farmers “go organic.”  We appreciate farmers who want to change. However, we do not have respect for poison-based farmers who grow some of their crops as an “organic sideline” while also using poisons on other crops.  Such farmers are not sincere. They profit off the hard work of true organic farmers,

We built our modern driers for certified organic human foods. We did not build them to dry pesticide-based alfalfa for the confined-animal, meat industry.  That results in cleaner facilities, lower temperatures, and only organic human foods. All this is to say we are a truly vegan-friendly, sincerely organic grower of green super foods that respects our planet and its resources. We also carefully follow the science behind the use of cereal grass.

7 Raj, A. and Katz, M. 1985. “Beta-carotene as an inhibitor of benzo(a)pyrene and mitomycin C induced chromosomal breaks in the bone marrow of mice.” Canadian Journal of Genetics and Cytology 27:598-602.

9 Kimm, S., Tschai, B., and Park, S. 1982. “Antimutagenic activity of chlorophyll to direct and indirect-acting mutagens and its contents in the vegetables.” Korean Journal of Biochemistry 14:1-7.